Emile Smith Rowe is an exciting young English attacking midfielder and winger who has recently been establishing himself in the Arsenal first team. He has represented England at every level from U-16 upwards and won the FIFA U-17 World Cup with them in 2017. He made his senior debut in October 2021, during the qualifying matches for the 2022 World Cup, and he will be hoping to be a key part of Gareth Southgate’s team in Qatar.

Smith Rowe was born in Croydon, London, in July 2000. He joined Arsenal’s Hale End youth academy aged 10 and stayed with them throughout his schoolboy years, turning professional with them three days after his 17th birthday. When he made his professional debut for the Gunners in September 2018, he became the first Arsenal first-team player to have been born in the 21st century. He subsequently became the first player born in the 2000s to score for the club and the youngest player to score since Alex Oxlade-Chamberlain. He then spent time on loan in Germany, with RB Leipzig, and then in the English Championship with Huddersfield Town. He endeared himself to the Terriers’ faithful after scoring a goal that ensured their safety after a rocky season.

He returned to Arsenal in August 2020 and gradually began to establish himself in the first team thanks to brilliant performances in the Europa League. He signed a long-term deal with the club in July 2021 and played a personal record of 37 games in all competitions during the 2021-22 season, scoring 11 times. 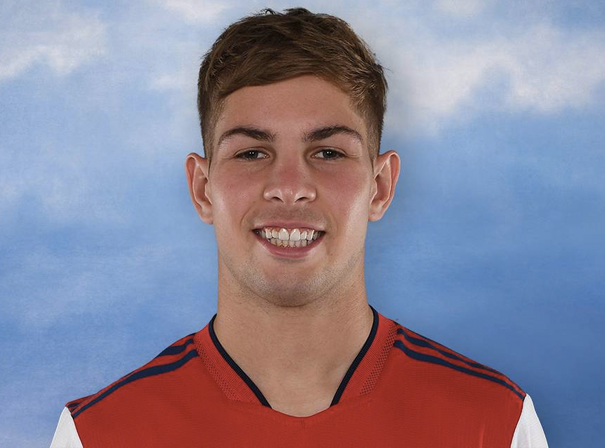