Former US Army sergeant turned professional luger, Emily Sweeney has had a highly successful career, winning a bronze at the 2019 World Championships.

As a young girl, Sweeney grew up listening to her grandfather’s memories of serving in the US Navy. She was inspired to join the armed forces too, and enrolled as a military policewoman. She was always a high achiever, graduating with honours from the US Army Military Police School and later joining the US Army World Class Athlete Programme. Over the years she has also served in the New York Army National Guard before taking up luging full time. She made her World Cup debut in 2009 when she became the Junior World Champion, also taking a gold medal in Park City. Over the next few years Sweeney continued to compete in luge competitions across the world, including taking a silver at the 2015 World Cup event in Lake Placid, and two golds at the Winterberg World cup event in 2017/2018. She repeated her performance the following year in Whistler, and in 2018 also competed in the Winter Olympic Games as part of the USA team.

Sweeney won her first World Championship medal in 2019, with a bronze in Winterberg. This multitalented athlete looks set for many more years of success, with her military past giving her the discipline needed to thrive in the highly competitive world of sport. 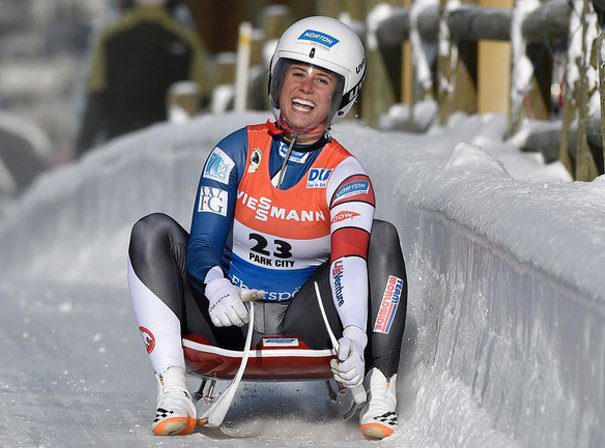