Turkey’s Emrah Kus has been edging his way to the top of the Greco-Roman wrestling world for several years. A Mediterranean Games gold medallist, his place in Turkish wrestling lore is assured, but with his recent results in international championships improving all the time, it’s only a matter of time before he adds more golds to his medals cabinet. In 2019, he won bronze at the European Championships in Bucharest, Romania — his first medal at the tournament. In 2018, he took silver at the World Championships in Budapest, Hungary, losing out only to the host nation’s Peter Bacsi.

It was at the 2013 Mediterranean Games that Kus made his first major splash. Held every four years, the tournament brings together the finest athletes from over 25 different Mediterranean nations. Kus, fighting in the 74kg class, beat Croatia’s Neven Zugaj to claim gold. It was one of 47 golds won by Turkey at the games, contributing to their second-place finish in the overall medals table.

The following years proved quieter for Kus. However, he continued to acquit himself well, competing at the 2015 European Games in Baku, Azerbaijan and the 2016 European Championships in Riga, Latvia. At the latter, he achieved a top-ten finish, finishing eighth. At successive European Championships in Belgrade, Serbia (2017) and Budapest, Hungary (2018), he again finished in the top-ten or very close. His duck broken by his 2018 world silver medal, he went on to claim joint bronze at the 2019 Euros, tying with Russia’s Aleksandr Komarov. Such results show that Kus is still capable of taking on the world. 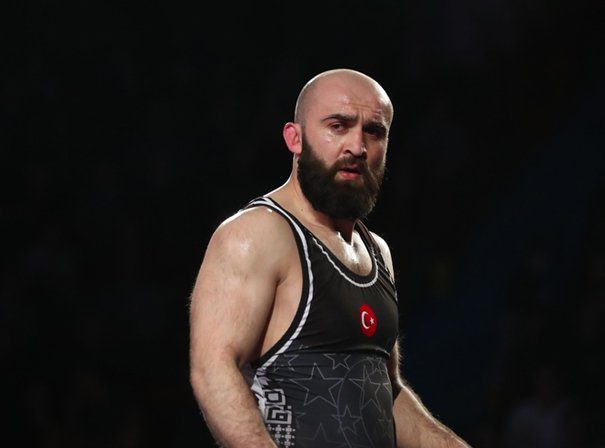