Turkey national Emre Vefa Goktas is a rising star in the Men’s Kata National Team. At junior and the under 21 level alone, Goktas notched up an impressive ten medals; including two golds from his stellar performances at the EKF and World Junior and Cadet U-21 Championships. Since going professional, Goktas podium reach has endured. Earning a silver at the 2019 Istanbul Karate 1A Series, was a spectacular feat in itself. In the same year, Goktas and his teammates gloriously won the silver title at the European Senior Karate Championship in Guadalajara, Spain. Goktas didn’t stop there – in 2020 he earned himself two bronze medals at the Karate 1 Premiership in Salzburg, and at the Series A leg of the tournament in Santiago. With a podium climbing streak on his hands, Goktas’ road to the Olympics tatami has become one of his most attainable goals yet!

Keeping his sights on the grand prize of being able to represent Turkey on the grandest stage yet, has been a great victory in itself for Goktas. Training for the momentous occasion of the Olympics has pushed Goktas harder than ever before. Goktas’ fight in the 2020 World Championship circuit secured his position at the Tokyo Games. Putting his success down to his rigorous regime in the gym, lifting 264lb weights is all part of his long game in the tatami. Goktas’ focus alone is enough to make him a formidable opponent in any championship setting, let alone the Olympics. With his eyes forward, mind focused and heart ready, the world is preparing itself for what Goktas has to off 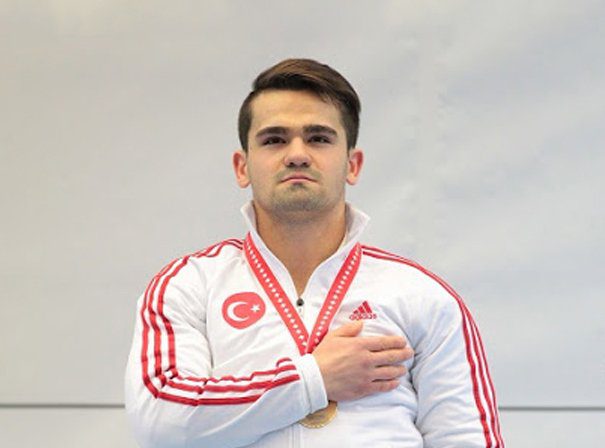