Basketball ace Eric Ayala is a skilled, agile combo guard who enjoyed an impressive junior season at Maryland. The talented young player helped his team get to the 2021 NCAA Tournament thanks to his scoring ability off the dribble, athleticism and considerable skills as a playmaker. Since his freshman year he has racked up 1,432 points during his college career including 221 three-pointers – the third most in the history of the program. The 6ft 5in guard is also second on the team with scoring despite being limited by a wrist injury, averaging 14.6 points.

Born in Puerto Rico, Ayala began his playing career at Sanford School in Delaware and transferred to Putnam Science Academy, Connecticut after his sophomore season. A consensus four-star recruit, he received offers from the likes of Miami and Oregon before committing to play college basketball for Maryland.

Ayala soon became a regular starter at Maryland, and became the team’s primary point guard during his junior season earning an All-Big Ten honourable mention after averaging 15.1 points, 2,2 assists and 4.3 rebounds per game. After declaring for the 2021 NBA draft the gifted youngster returned to Maryland and was named Honorable Mention All-Big Ten. Earlier in his career Ayala also represented Puerto Rico at international level as part of the national team who played at the 2015 FIBA Americas Under-16 Championship in Argentina. 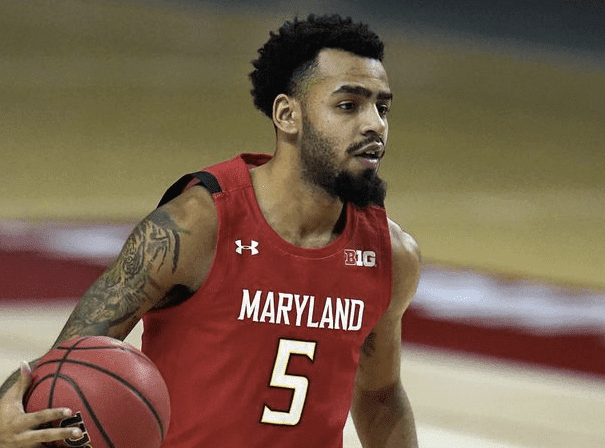