Everyone You Know are a brother duo from the UK, who have recently been making waves in the music industry with their recent music releases. There are renowned for their relaxes, laid back style and powerful and authentic lyrics. One of their latest singles, ‘The Drive’ has been particularly well received, which addresses issues of youth and explores young men finding their feet through life. Their style is sonic yet vintage, they blend rave energy and addictive guitar riffs with organic and thoughtful lyrics and rhymes.

Rhys, one half of the duo, explains that ‘The Drive’ is “a little window into a young adult’s life”.

They have been compared to the likes of The Streets, due to their raw and honest rap style, merged with hip-hop beats. There are no airs and graces in the deliverance of their songs, which poignantly story tell with sharp observation. Their popular EP, Cheer Up Charlie, spawned the singles ‘Sinners, ‘Dance Like We Used To’ and many more. The duo is made up of two brothers, Rhys Kirkby-Cox and Harvey Kirkby.

Cheer Up Charlie was followed by their latest EP in August 2019, titled Look After Your Pennies, which brought with it seven tracks, including ‘She Don’t Dance’ and more.

Both brothers were brought up around music and were strongly influences by their dad’s love of 90s east coast hip-hop and jungle music. The pair say that they have been influenced by a wide range of genres, namely Wu-Tang, The Prodigy, Arctic Monkeys, Biggie Smalls, Kano and The Streets. Their latest EP has received rave reviews and has been downloaded by thousands since the release. They boast over 63,000 subscribers on YouTube and over 20,000 followers on Instagram. 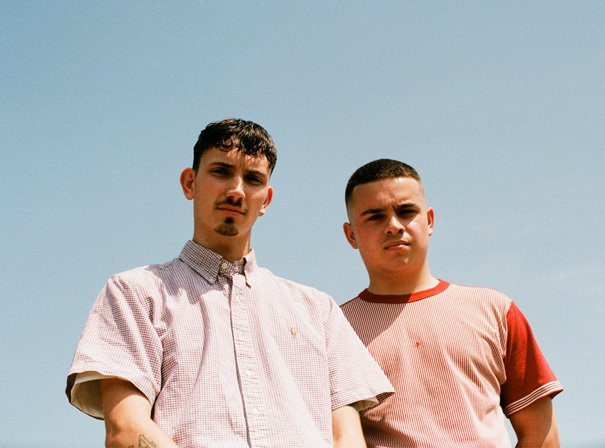 Book Everyone You Know Request Video