The multi-talented and bilingual Evette Ríos is a TV Host, lifestyle expert, interior designer, cook, writer, and crafter. She is currently the host of the hugely successful Facebook Live series, Slice, as well as Recipe Rehab on the Z Living channel. She is a national spokesperson for Goodwill Industries, and is on the board of DIFFA, the Design Industries Foundation Fighting AIDS, a registered charity that grants funding to some of the country’s top providers of services to those living with HIV and AIDS.

Born and raised in New York, Ríos developed a deep love of design and how culture informs the way we relate to our space while travelling the world for two years following graduating from High School. She majored in Biology and Theatre from the Bates College in Maine, and then worked at the American Museum of Natural History. She then attended the Career Discovery Programme at the Graduate School of Design at Harvard, studying at Parsons School of Design and the Fashion Institute of Technology. She then worked at a number of top New York interior design and architecture firms before getting her start in television. She worked on a number of low-budget dream home-style shows like Freestyle and In A Fix, before she began hosting her own and hugely successful Facebook Watch show, Slice. She is a contributing design expert and “buddy” on the Daytime Emmy Award-winning Rachael Ray TV series, and is a regular contributor to Al Despertar, Tu Desayuno Alegre, and Despierta América on Univision. She has also made many guest appearances on such programmes as The Today Show, The Early Show, and the CW11 Morning Show.

Ríos regularly connects with her legions of followers and fans through Twitter, Facebook, and Instagram, posting pictures and videos of her deliciously creative life. She is available for that personalised shout-out via the Cameo platform. She also has her own dedicated YouTube channel, Evette Rios, and an official website, evetterios.com. 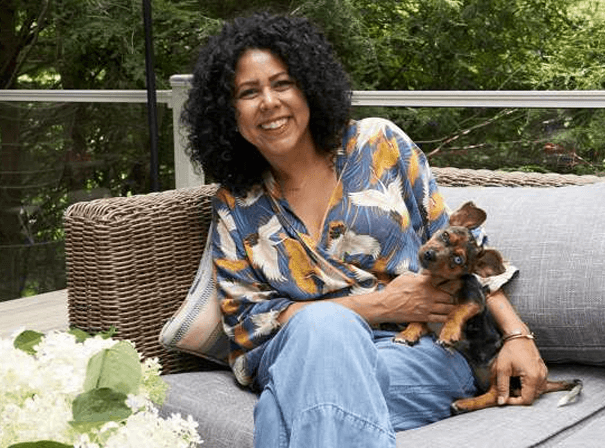