Svechnikov was born and raised in Russia and started playing ice hockey from a young age. He was 16-years-old when he began his junior career, playing for Bars and Ibris, the junior clubs of Ak Bars Kazan. He made his professional debut for Ak Bars during the 2013-14 season just before his 17th birthday. He represented Russia at the 2013 World U-17 Hockey Challenge, winning a Silver medal. He won a second Silver three years later at the 2016 World Junior Ice Hockey Championships. He was drafted in the 2013 Canadian Hockey League Import Draft by the Cape Breton Screaming Eagles, and following his move to North America, finished third in club scoring during his rookie season 2014-15. He was also named to the QMJHL All-Rookie Team. In 2015 he signed a three-year contract with the Detroit Red Wings. The following year he was assigned to the Grand Rapids Griffins of the American Hockey League, and would flit between the two clubs until 2018. He helped the Griffins win the Calder Cup in 2017, and then injury ruled him out for the entire 2018-19 season. He came back stronger than ever to the Red Wings team in 2020, regularly returning to play for the Griffins as well.

Svechnikov regularly connects with his legions of followers and fans through Instagram, posting pictures and videos of his life both on and off the ice rink. He is also available for that personalised shout-out via the Cameo platform. 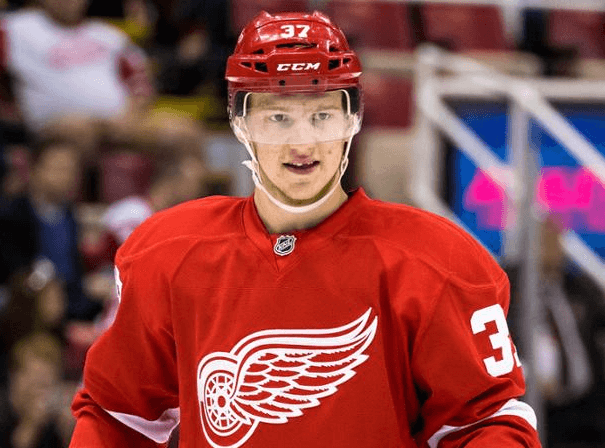