Federico Delbonis enjoyed one of his most successful seasons as a professional tennis player yet during 2021. 11 years after his first Grand Slam appearance, he reached the fourth round of the French Open, his best performance at a Grand Slam to date. He also made the quarter-finals of the Italian Masters, taking him back into the Top 50 of the ATP World Rankings for the first time in five years. Among his other career highlights are helping the Argentinian team to victory at the 2016 Davis Cup and 16 singles and doubles titles on the ATP Challenger and ITF Futures tours.

Delbonis was born in the Argentinian town of Azul in 1990. He turned professional at tennis in 2009 and went on to win his first five Challenger and Futures titles in just four years. In 2013, he caused his first major upset when he beat none other than Roger Federer to reach the final of the International German Open — his first ATP Tour final. As a result, he shot into the Top 100 of the World Rankings for the first time. He lost that final but made up for it the following year when he triumphed at the Brazil Open.

Several consistent years followed before Delbonis reached a new high during the summer of 2021 with his best Grand Slam run to date, reaching the final 16 of the French Open. Now back in the ATP Top 50, he’ll be looking to cement his place there during 2022 and beyond. 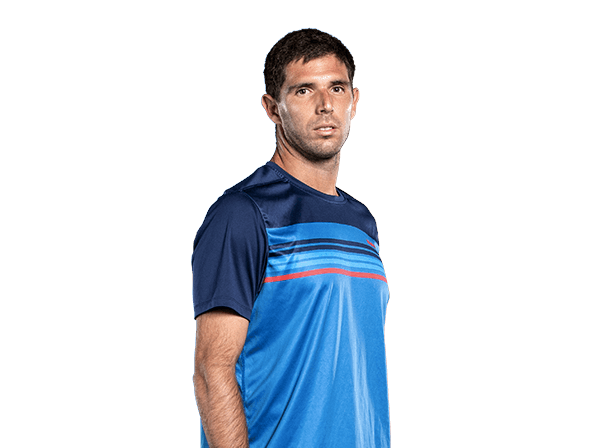