He’s been dubbed the ‘the new icon in marathon swimming’, and Ferry Weertman’s achievements so far suggest that it’s an apt title. He is an Olympic gold medallist, winning the 10k Open Water Marathon event in at the 2016 Rio Olympics, and is the current FINA Open Water Swimmer of the Year, a title he has won twice. He has been voted the European Open Water Swimmer of the Year and won further medals at European championships.

Born in 1992 in Naarden, a city in the North Holland province of the Netherlands, Weertman began swimming as a toddler (his older brother did it, and it looked like fun) and began entering competitions when just six years old. He won his first medal aged 16, which motivated him to increase his dedication to the sport. After experimenting with various forms of freestyle competitive swimming, he began to focus on open water swimming — competitions that take place in oceans, lakes, or rivers rather than indoor pools — and, in 2010, won every national competition he entered. From 2012 onwards, he increasingly entered international competitions and, before long, was ranked 5th in the world for open water swimming. In 2014, he became the European champion of the 10km Open Water Marathon, setting him up for a place at the 2016 Olympics.

Weertman has become a well-known and well-liked presence on the world swimming scene, as known for his occasional use of unusual start dives as for his dedication and talent. Still in his 20s, and with an Olympic medal and several Swimmer of the Year titles to his name already, there’s plenty more to come from Ferry Weertman. 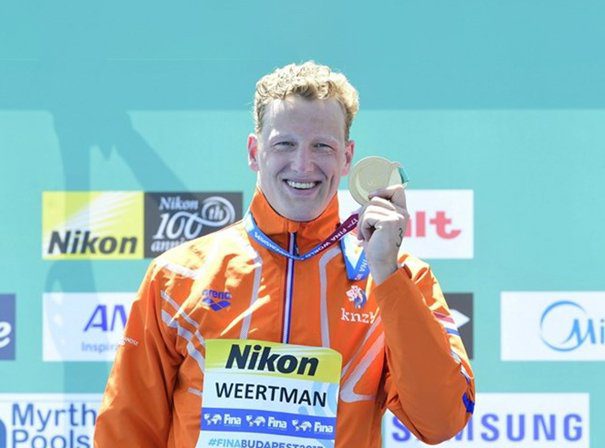