Austrian skeleton racer Florian Auer has competed internationally for over 10 years, having appeared at the World Championships and the World Cup.

This highly experienced sportsman started skeleton when he was a teenager, juggling an apprenticeship and a job alongside his training. In 2018 he decided to turn to the sport full time, devoting himself to his dream of becoming one of the top ten skeleton athletes in the world. Auer competed at the Europa Cup throughout his teenage years, always putting in strong performances at events across the Continent. In 2015 he competed at the World Junior Championships, establishing himself as a competitor outside of Europe for the first time. The following year he made his World Cup debut, and his impressive rise through the ranks continued over the next few years. Auer consistently performed well at the World Cup, as well as qualifying for the Intercontinental Cup in 2018, the same year he decided to pursue his sporting career full time. He quickly began to see the results of full time training, making it to the World Championships in the same year and regularly achieving top 10 finishes at competitions.

Auer now has his sights set on the Beijing Winter Olympics in 2022, and has devoted himself to training in preparation for the event. This determined and experienced athlete is an inspiration to other young sportspeople, and his unique journey into the world of professional skeleton makes him a favourite among fans. 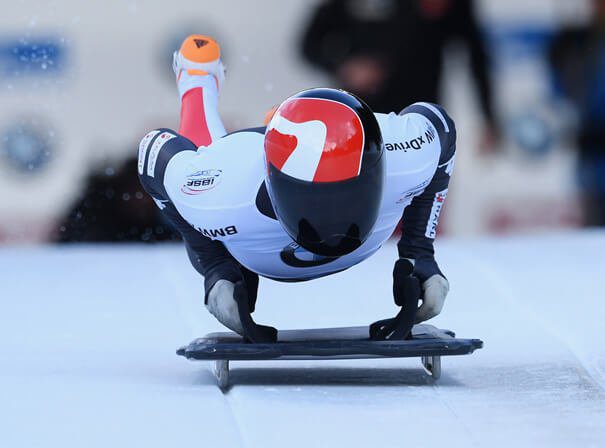