American comedian, actor and impressionist Frank Caliendo is best known for his side-splitting impersonations on Fox Network’s MADtv, as well as being the in-house prognosticator for Fox NFL Sunday. He has released an impressive six solo CDs which include Make the Voices Stop, Frank on the Radio and All Over the Place.

Caliendo has performed stand up on a number of shows including the Late Show with David Letterman, Late Late Show with Craig Kilborn, The View and many more. His much loved John Madden impression has appeared on The Best Damn Sports Show period and Fox NFL Sunday. His debut appearance on the latter was in 2000 and in 2003 he joined the show as a regular cast member, predicting the day’s NFL games.

It seemed Caliendo was highly sought after as he joined MADtv around the same time as the former show, acting as a repertory performer for the show’s 7th season. In 2002 he replaced Will Sasso as the impersonator of George W. Bush.

In 2007, Caliendo featured on his own sketch show entitled Frank TV on TBS. He hosted the show and impersonated various celebrities in different sketches. The show ran for a successful fifteen episodes, until December 2008. More recently, Caliendo’s infectious wit and infinite energy sees him as a recurring guest on Pardon My Take, the Barstool Sports podcast. 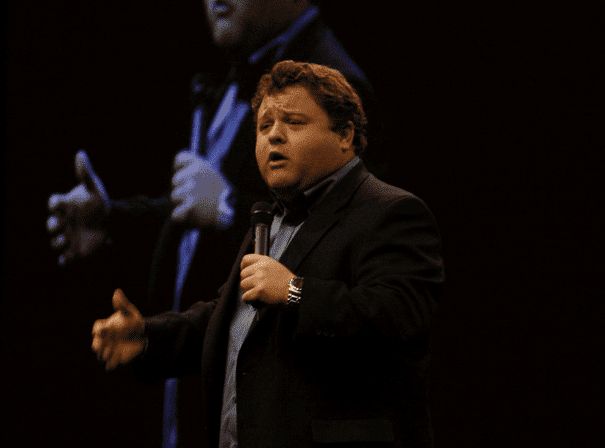