As one of the greatest coaches in NBA history, George Karl spent 38 years turning weak teams into dynasties. As one of nine coaches to reach 1,000 wins, he has the 6th highest coaching record ever.

Before Karl coached, he played. He was selected by the New York Knicks in the 1973 draft; but joined the ABA San Antonio Spurs instead, helping them reach NBA status. Afterwards, he became the team’s assistant coach.

Karl then coached ten more teams. Starting with the CBA’s Montana Golden Nuggets, Karl led them to the finals twice, earning the title, “Coach of the Year.” Next, he helped the Cleveland Cavaliers make the playoffs for the first time in six years, receiving his first of six “Coach of the Month” awards. Then, he brought the Golden State Warriors to their first playoff game in a decade.

After that, Karol took over the CBA Albany Patroons and had an amazing season of 50-6, so he was named “Coach of the Year.” He even worked with Real Madrid for two seasons, making them one of the top teams in the Spanish league.

Karl returned to the States to coach the Seattle Supersonics, helping them reach the NBA Finals for the first time in fourteen years. Transferring to the Milwaukee Bucks, Karl’s team made the playoffs for three consecutive seasons—for the third season, the Bucks had their first division championship in fifteen years. With this track record, it’s no wonder Karl coached the national team for the 2002 FIBA World Championship. Culminating his coaching career with
the Denver Nuggets, he became the NBA “Coach of the Year.”

Additionally, Karl penned his autobiography, Furious George. Now, he features on the podcast, Truth + Basketball and is an ambassador for St. Jude Children’s Research Hospital. 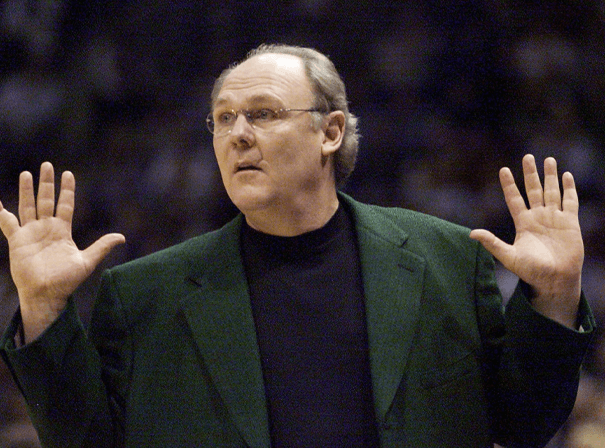