Often considered one of the greatest distance swimmers in history, Grant Hackett is a legendary Australian Olympic gold medalist. He was named the first captain of the Australian national team and has become a successful media personality following his retirement.

Hackett’s decorated career began at the 1997 Pan Pacific Championships, winning the 1500-metre freestyle at just 17 years old. He made his first appearance at the World Championships the next year and made his Olympic debut in 2000. Hackett took home two gold medals at the Sydney games, instantly establishing himself as an international sports icon. He continued his success at the 2004 Olympic Games in Athens, once again taking home the gold in the 1500-metre freestyle, later earning silver in the same event at the 2008 Beijing games. Throughout his career, he was constantly near the top of every World Championship competition from 1998 to 2007, winning an incredible 17 gold medals. He also frequently found success at the Goodwill Games, Pan Pacific Championships, and Commonwealth Games.

In 2005, he was named the first ever captain of the Australian swim team, holding the position until his retirement in 2008. He then came out of retirement for the 2015 World Championships, earning a bronze medal in Kazan, Russia. Hackett has since worked in various media roles, making appearances on the Nine Network and Seven Network. A member of the Sport Australia Hall of Fame and the International Swimming Hall of Fame, he is also a highly respected keynote speaker. 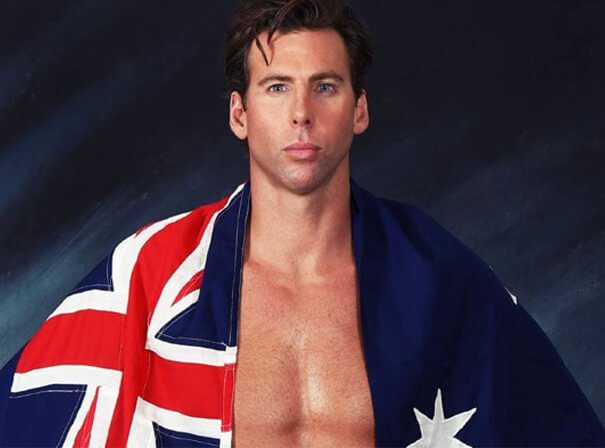