Greg Johnson is one of the world’s best-known severe weather experts and storm-chasers, whose extraordinary videos and photographs have amazed millions. Known to many as the ‘Tornado Hunter’, Johnson is also a talented photographer, speaker, workshop host and expedition leader.

After attending university, Johnson built a successful marketing company, but soon realised that he wanted to dedicated himself to pursuing his passion full-time and chase storms. Today, he uses the latest technology and his experience from over a decade of tracking weather patterns to analyse where storms are likely to strike, and has travelled over a million kilometres in his Tornado Truck across the United States and Canada. During this time, he has intercepted hundreds of storms, all of which have been captured in his stunning and jaw-dropping photography. Getting right to the heart of the action, Johnson allows us to see phenomena like twisters, lightning storms and blizzards in a way we’ve never seen them before, and draws attention to their devastating effects.

Having given up the corporate life to pursue his own dreams, Johnson is an advocate for the Bucket List lifestyle. Through his talks and workshops, he encourages others to follow their passions, build a legacy and embrace life’s challenges. Johnson also leads photography workshops and expeditions through regions including Tornado Alley, Newfoundland, and the Yukon, and has been named one of Canada’s Top 100 Explorers by Canadian Geographic Magazine. 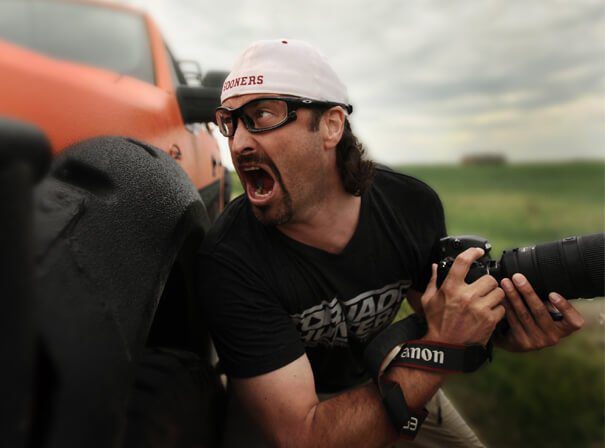