Grieves is an American hip-hop artist, musician and vocalist. He has become known as a vital talent to watch, as well as having built up a celebrated career and reputation as a talented artist. He has several critically and commercially acclaimed albums to his name. The most prominent of these is the confessional Winter and the Wolves, which was praised for its conceptual ideas and emotional, raw honesty.

Grieves, born Benjamin Laub, was born and raised in Chicago, Illinois. He had an artistically-influenced upbringing, with his family inspiring his love of music, of a wide range of genres. After moving to Seattle, he became interested in hip-hop and the writing of confessional music. An early and important influence on him was the hip-hop duo Atmosphere, who ended up cementing Grieves’ music style, which attracted the attention of the record label Rhymesayers Entertainment. His first record after signing was the album Irreversible, released in 2007, which introduced him to the hip-hop scene as a rising star.

Since then, he has continued to release albums, these include: 88 Keys & Counting in 2010, Together/Apart in 2011, Winter & the Wolves in 2014, and Running Wild in 2017. He has been noted for his work with prolific artists Macklemore and Budo, which birthed the successful compilation album The Falling Off Your Shoes. In. 2021, he will be performing with the Seattle Symphony, exhibiting his versatility as a performer and passion for many genres. 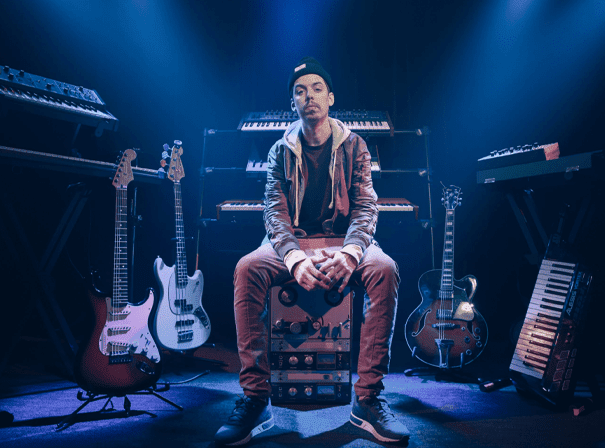