The quirky and likeable Haley Hanson is a professional Soccerer who plays in midfield for Houston Dash of the NWSL. She has also played for the W-League’s Melbourne Victory, and the United States National Women’s team.

Hanson was born and raised in Overland Park, Kansas, and was interested in sports from a young age, especially soccer. She continued to build her career while studying at the University of Nebraska, making 75 appearances for their soccer team and scoring 19 goals during her time there from 2014 to 2017. She was then chosen by the Houston Dash in the 2018 NWSL College Draft, and made her professional debut in 2018. She received her first international call-up to the United States Women’s National Team in April 2018, earning her first cap in a friendly against Mexico. She was later named to the United States U-23 squad for the 2018 Nordic tournament. In 2019 she went on loan to the Australian W-League side Melbourne Victory, before returning to the Dash for the 2020-21 season.

Hanson regularly connects with her legions of followers and fans through Twitter, and Instagram, posting pictures and videos of her life around the Soccer pitch. She is also available for that personalised shout-out via the Cameo platform. 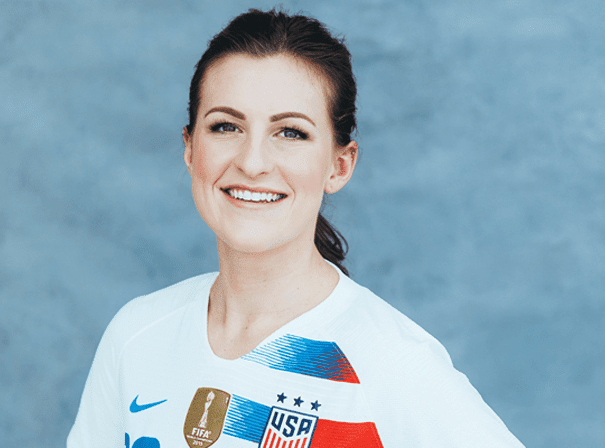