Professional German slalom canoeist Hannes Aigner has competed internationally since 2006, participating in both the London and Rio de Janeiro Olympics.

After developing a passion for kayaking from a young age, inspired by his parents, Aigner joined his first club AKV Augsburg in 1996. From here he went on to make his international senior debut at the ICF Canoe Slalom World Championships in 2010 in his hometown of Augsburg. Raising the bar during his first season, Aigner won two golds participating as part of the K1 team and individual events. Since then, Aigner has gone on to win a further two gold medals in team events at the World cup in both 2011 and 2018. He also won a gold in the individual event during 2014 at the World Cup in Prague. A regular competitor in the European Championships, Aigner has won an impressive seven medals including a gold, three silvers and a further three bronze medals. Following his sporting success, Aigner competed in the London 2012 Summer Olympic Games at which he enjoyed a bronze medal win in the K1 event. Aigner later returned to the Rio de Janeiro 2016 Summer Olympics during which he not only finished in an impressive 4th place but also became world champion.

A celebrated athlete, Aigner hopes to continue his success at the Tokyo 2020 Olympics. Alongside slalom canoeing, Aigner is a member of the armed forces and has a master’s degree in science from the University of Augsburg. 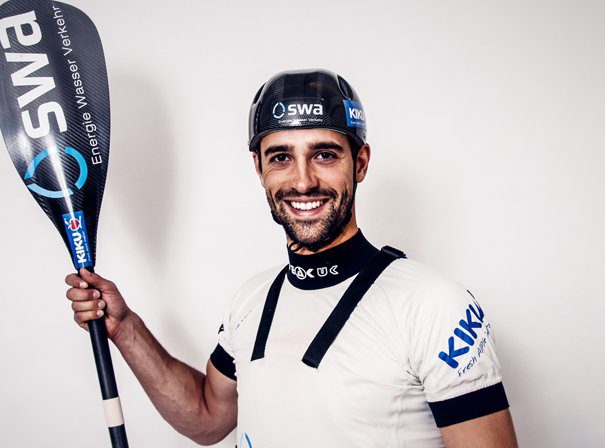