HardNox is a beat-heavy musical/MC duo made up of brothers Danny Boy and Jimbo (Dan and Jim Kehoe). They started their music careers as DJs in the San Francisco Bay Area. Growing up as DJs and club kids in a musically diverse city, they quickly learned what drew people in and what brought the party to a halt. After nearly seven years of spinning the same songs, they wanted to stretch their imagination and create their own music. HardNox is the epitome of the do-it-yourself work ethic. Just steps away from the kitchen sink, the Vegas favourites compose, record, blend, make, and master their own content. But don’t be fooled by their pale appearance; these white boys pack a punch and will blast your car speakers out the window. They manage to be both intuitive and funny in their lyrics, but they mostly want people all over the world to forget about their problems and go nuts.

HardNox has been called the Best DJ’s of Las Vegas for 2017 and 2018 by the Las Vegas Review Journal, and is now based in the entertainment capital of the world. They were also Sapphire Pool & Dayclub’s resident entertainers. They DJ, play, host, and orchestrate the entire event!

The indie scene in Las Vegas is dominated by HardNox. Furthermore, their songwriting and production have landed them weekly appearances on some of the most popular television shows around the world, and their song “Pajamas All Day” was featured in one of the most well-known Vauxhall advertisements (General Motors). Keep an eye out for HardNox! 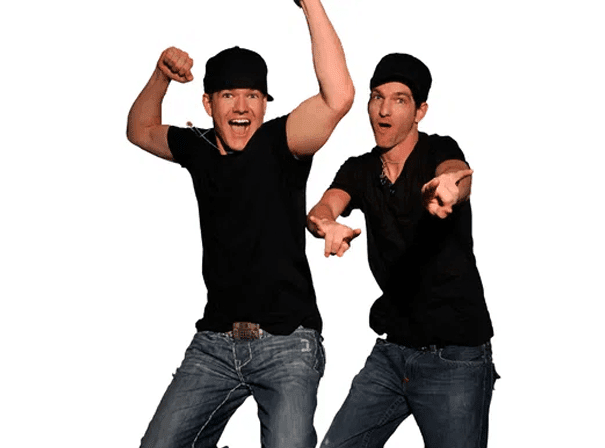