If you are looking for a rugby professional to come and inspire your audiences with an after dinner speech or motivational talk, look no further than England and British & Irish Lions star Iain Balshaw. The talented and dedicated Blackburn born Rugby World Cup Winner has a great personality and plenty of experience to draw upon, so much so that he was awarded an MBE for services to the sport. As such he makes a great guest speaker or motivational figure.
First playing for England at International level in 2000 during the year’s 6 Nations Championship, it was clear Iain was a star in the making from the off. He went on to win national 35 caps, scoring 13 tries along the way and eventually going on to play for the Lions, where his crunching tackles and competitive streak always serving him well. In domestic terms, Iain played for Biarritz, Gloucester, Leeds and Bath (having joined the latter as a teen he stayed with the club for 6 years) and in all scored 52 tries, topping the table with the most scored individually (15) during the 1999/00 season. At Bath he played alongside luminaries such as Jerry Guscott, Mike Catt and Ieuan Evans. Having overcome some injury difficulties in his time, Iain Balshaw is well placed to talk about fighting back, self-motivation and many more subjects pertaining to becoming a success at international level. 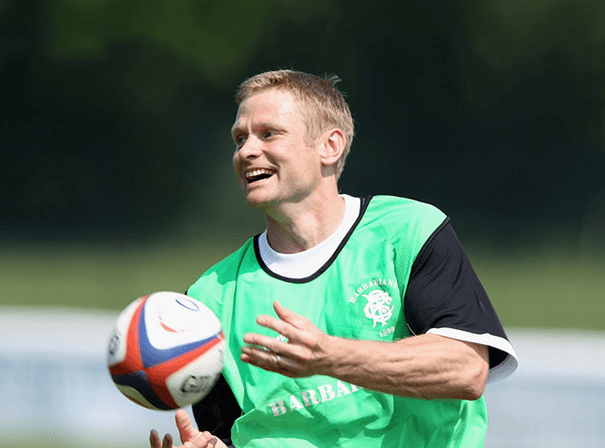