Japanese freestyle skier Ikuma Horishima is a double World Championships title-winner, and a Winter Universiade gold medallist. Horishima competes in moguls and dual moguls events, in which he is a multiple national champion in Japan and one of the top-ranked competitors on the World Cup circuit.

Horishima debuted at the World Cup in 2013, and secured his first podium two years later with a third-place finish in Ruka. In the seasons since, he has claimed a dozen other top three finishes, including seven event victories. He would reach a career-best performance during the 2018-19 season, when he finished the year in second position in the moguls and fifth in the overall ranking. He went on to repeat this performance the following year with an improved points total, continuing to earn his place amongst the highest ranks of freestyle skiers.

At the FIS Freestyle World Ski Championships, Horishima first made his mark in Sierra Nevada in 2017. Here he took gold medals in the moguls and dual moguls events, becoming the first male athlete to take both titles in the same year. He has since gone from strength to strength, picking up gold and silver medals at the Australia New Zealand Championships, and taking the dual moguls title at the 2019 Winter Universiade in Krasnoyarsk. Horishima has also continued to dominate freestyle skiing in Japan, taking five out of the available six national titles in moguls and dual moguls events between 2018 and 2020. 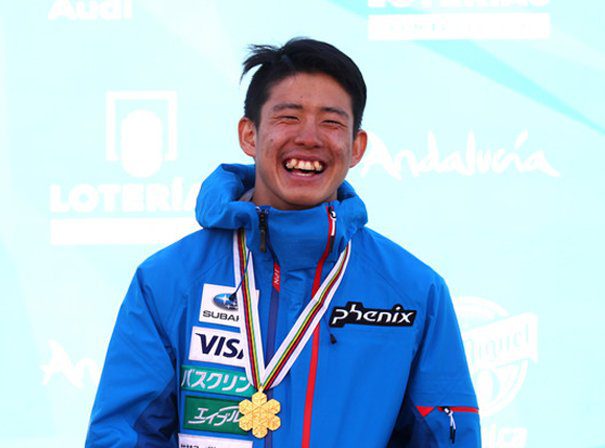