Isaac Bruce is a former NFL wide receiver best known for his 14-year tenure with the Los Angeles Rams. Breaking a multitude of records throughout his career, Bruce has become one of the team’s, and sport’s, most accomplished and loved players. Originally from Fort Lauderdale, Florida, the wide receiver is a 4-time All-Pro and Super Bowl Champion.

After attending the University of Memphis, and becoming one of its most successful players, Bruce was drafted into the Los Angeles Rams in 1994. In the same year he won Rookie of the Year and the Carroll Rosenbloom Award. Consistently breaking records and becoming one of the team’s most promising players, Bruce was quickly seen as an essential element of the team. Bruce was named to his first Pro Bowl in 1996, an honour he received in 1999, 2000 and 2001. After a successful 5 years with the team, Bruce became part of their Super Bowl winning squad in 1999. Following, Bruce won several awards such as Sports Personality of the Year Award in 2003, National Sportsmanship Award in 2006 and, in 2007, became the most prolific receiver in Rams history in every category. In 2008 Bruce then moved to the San Francisco 49ers, furthering his legendary career, before retiring in 2010.

Since, Bruce has given back to the sport in several ways, and currently works as the athletic director at the University of Fort Lauderdale. A legend of the sport, Bruce was also inducted into the Pro Football Hall of Fame in 2020. 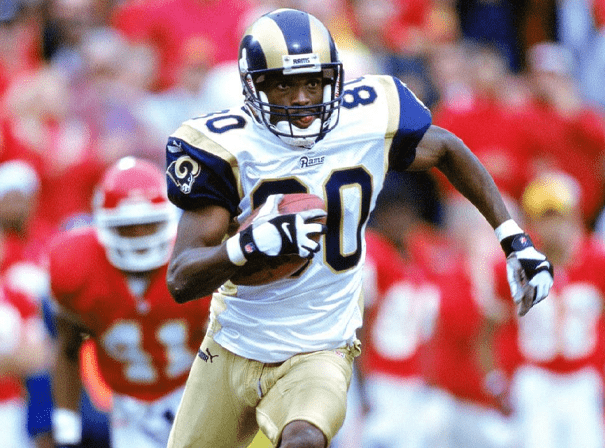