Jake Webster is a New Zealand rugby league player who currently plays as a center for the Keighley Cougars in Betfred League 1. He made his Super League debut in a 20-12 loss against Leeds Rhinos, scoring a brace and the only tries for Hull Kingston Rovers. Webster had a strong start to the 2010 season, standing in for Paul Cooke at standoff, and scored a try against Salford City Reds in the season opener. He signed a three-year contract with Castleford Tigers on June 26th, with the first season beginning in 2013.

Webster was given game time with the York City Knights in the League 1 tournament in March 2014, after missing nearly a year of rugby league action due to injury. Later that year, he played a key role in Castleford’s return to the Challenge Cup Final for the first time since 1992. Webster was an important member of the squad that achieved this, scoring a try in the Semi-Final against Widnes. He was a part of the defeat to Leeds Rhinos in the 2014 Challenge Cup Final at Wembley Stadium.

In August 2017, Webster scored four tries against Wakefield Trinity to secure Castleford’s place atop the Super League table, helping the club win their first ever top-flight league title. In the same season, he also appeared in the Grand Final for the Tigers. In August 2018, Webster announced his retirement from Castleford. He was a fan favorite throughout his time with the club. Webster signed a two-year contract with the Bradford Bulls in August 2018, but departed the Bulls midway through his contract to join League 1 rivals Keighley Cougars on a two-year agreement at the end of the 2019 season. 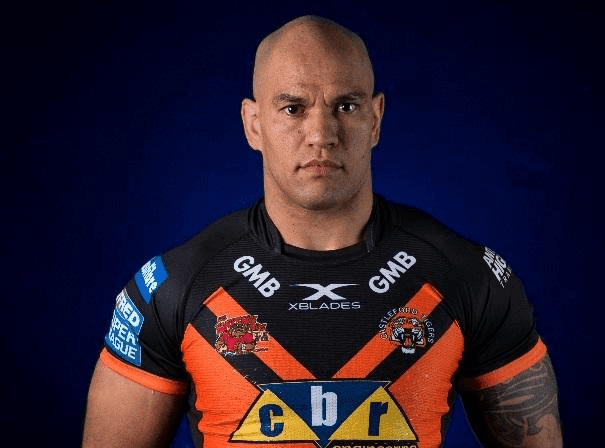