James Violet is a musical artist whose recent Spotify EP Don’t Send me Flowers, a clever pun on his name, has seen over 81,000 plays. Violet grew up in a musica household, playing the clarinet at only 12 years old, progressing to ukulele, guitar, piano and saxophone by the time he was 16. Violet began to cover popular artists before he decided music could be more than just a hobby.

Violet then began to explore making his music interest into a career, and entered the Voice which saw him rocket to fame, now having more than 14 thousand fans on Instagram along. Violet is known for his carefree attitude, often seen travelling out in nature, and enjoys music and creativity such as photography more than anything. Violet has recently been sporting a flowery aesthetic on his Instagram to promote his album, and it is very popular with his fans who even send fan mail and gifts relating to the new EP. Violet also owns a creative label called “in full bloom” and it is this, combined with his latest EP and earlier projects such as “404 not found” that has earned his notoriety as an up and coming alternative artist. 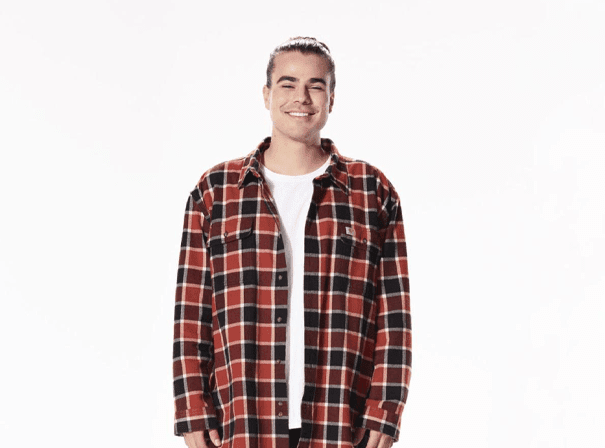