Jang Woojin is a professional Korean table tennis player. Born in 1995, the right-handed player is known for his shakehand attack playing style. As of April 2020, his current ITTF World Ranking is at no. 18; his previous year’s standing was no. 9. Stepping out into the international competition scene, he scored the title of 2013 World Junior Champion, and won his debut World Tour title at the Belarus Open in 2016. Over the course of his table tennis career, he has enjoyed more success in doubles than any other category, with seven World Tour titles, including the 2018 World Tour Grand Finals with his partner Lim Jonghoon. Woojin won two bronze medals for the men’s team event at both the 2016 and 2018 World Team Table Tennis Championships. One of his most recent achievements involves winning three titles at the Korea Open in Daejon, making history and breaking records as the first ever ITTF World Tour triple crown winner, a feat that has been repeated only once by China’s Xu Xin at the Japan Open in 2019. He was a quarterfinalist at the 2019 Japan Open, where he won 4-0 against Germany’s Dimitrij Ovtcharov at the 2019 Japan Open, and at the Liebherr 2019 World Championships. Woojin will be making his Olympic debut this summer after helping the Korean team secure their place at the 2020 Tokyo Summer Olympics. 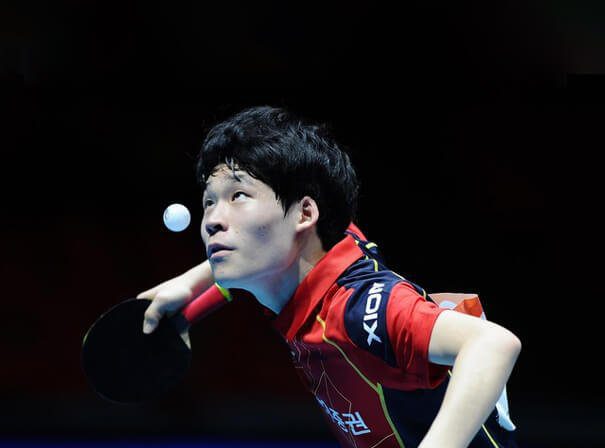