2012 Olympian Jared Frayer serves as an assistant wrestling coach at Virginia Tech, where under head coach Tony Robie he has developed a reputation as a top recruiter and a tactical on-mat coach. Frayer contributed to Hunter Bolen winning his first ACC championship in the 2020 ACC Championships during the 2019–20 season. In the middle of the season, he also assisted Bryce Andonian in making the switch from redshirt to varsity wrestler. Frayer accompanied Mekhi Lewis and Ty Walz on their overseas trips as they competed to advance to the 2020 U.S. Olympic Team Trials. Before the competition was postponed because of COVID-19, both wrestlers were eligible to compete.

Lewis won a 2018 Junior World freestyle championship and a 2019 NCAA championship in 2018–19, and Frayer was a key mentor to him. Lewis, a redshirt freshman, flew to Slovakia with Frayer where he competed in his first international freestyle competition and earned a gold medal. Frayer and Lewis collaborated closely once more during the college season as Frayer won the first national wrestling championship for Virginia Tech. Along with Lewis, David McFadden and Zack Zavatsky, both All-Americans and ACC Champions, were coached by Frayer.

In his first year in Blacksburg, Frayer assisted Tech in winning the ACC title in 2018. In a season in which the Hokies placed 10th at the NCAA Championships, he coached three All-Americans and five ACC champions. Frayer was an assistant coach at his old college, Oklahoma, where he was a two-time All-American and a Big 12 champion, before moving to Blacksburg. After serving as Wisconsin’s assistant coach for two years, Frayer came back to Norman in 2011. He guided the Badgers to back-to-back top-10 finishes at the NCAA Championships (2010–11) and was instrumental in the development of Andrew Howe, a seven-time All-American, and seven other All-Americans. 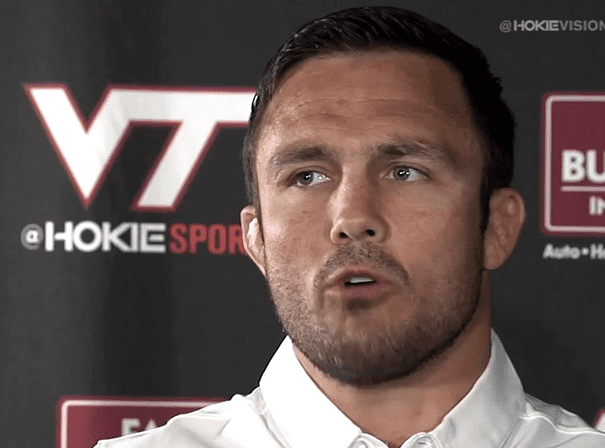