Dallas Cowboys’ NFL linebacker Jaylon Smith was always destined to be a sports superstar. The 6ft2, 240lb pro footballer was born and raised in Indiana and attended Bishop Luers High School. As a mere youngster there, Jaylon was already a letterman in football, basketball and track. On top of this he was awarded the Butkus Award as a senior for being the best linebacker in the country, and the Mr Football Award for Indiana state.

Following this roaring acclamation of his sporting, especially football, prowess, it is not surprising that Jaylon began college considered the best outside linebacker recruit of his class. During his time at the University of Notre Dame the superstar continued his rapid ascent to the top. 2013 saw him play in the US Army All-American Bowl, in 2014 he was voted FBS Independent Co-defensive Player of the Year, and in 2015 he was once again awarded the Butkus Award, this time for being college football’s top linebacker.

His high school and college years a sporting triumph, Jaylon was undoubtedly a top contender in the 2016 NFL Draft, and was drafted by the Dallas Cowboys in the second round. Following a year of successful knee surgery recovery, Jaylon made his professional season debut and first career start in the Cowboys’ 2017 season opener against the New York Giants. The newby made a mighty 7 tackles, in a 19-3 victory for the Cowboys. In 2019 Jaylon was elected first-time team captain for the teams season, and later in the year set a team high record of 13 tackles in their game against the Minnesota Vikings. 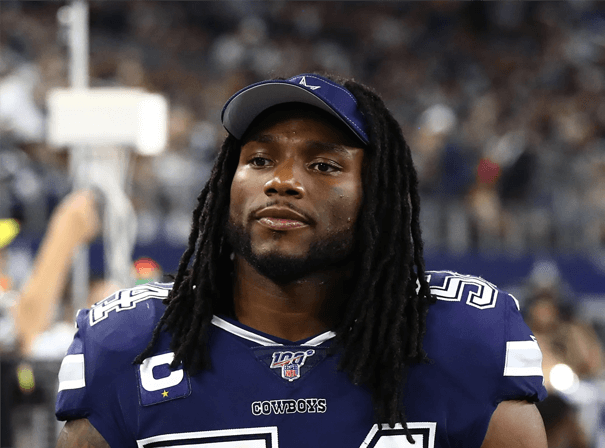