One of the most successful male competitors in Canadian skeleton history, Jeff Pain is a former skeleton racer from Canada. He won the silver medal in the event at the Winter Olympics in Turin in 2006.

In 74 starts throughout a 15-year career, Pain finished on the podium at 22 World Cups, including 10 victories, 3 World Championship medals, and an Olympic silver medal. This included twice taking home the overall victory in the men’s skeleton world cup (2004-5, 2005-6). He debuted for Canada at the 2002 Olympic Winter Games, where skeleton made its comeback after a 54-year absence, placing sixth. Then Pain continued to compete in the 2006 Winter Olympics, where he came in second to fellow Canadian Duff Gibson and won a silver medal. At the FIBT World Championships, Pain also won three medals in the men’s skeleton competition, including two golds (in 2003 and 2005) and a silver (2001). At the Winter Olympics in 2010, he placed ninth despite competing with a severely torn right oblique muscle. He made his competition retirement known in October 2010.

Pain’s custom-painted helmet, which sports a beaver with a rage-filled expression, is one distinctive aspect of his skeletal clothing. He and his wife Aly published a book titled The Business of Marriage & Medals: A Relationship’s Journey through Elite Performance. This book is an unvarnished and sincere portrayal of the couple’s marriage as they dealt with great sacrifice and prolonged separation. After Beijing won the right to host the 2022 Winter Olympics, Pain was named the team’s coach in 2015. 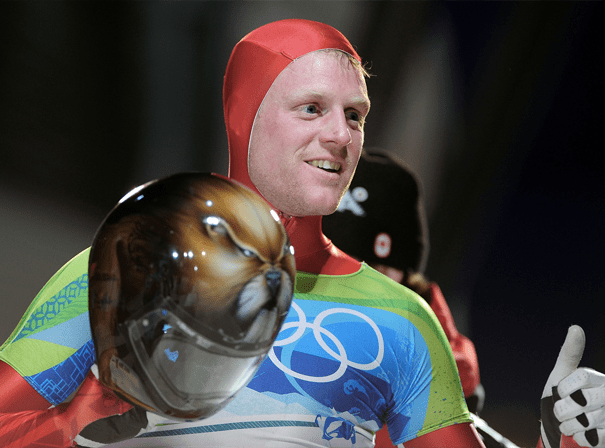