With a television presenter for a mother and news anchor for older sister, it’s perhaps not surprising that Jessi Cruickshank has been a fixture of Canadian TV screens since her preteen years. A flagship MTV host, she has presented numerous shows for the network, most notably MTV Live and The After Show. Although now based in Los Angeles, she is still in demand in her home country, hosting rating-winners such as Canada’s Smartest Person and The Goods. As an actor, she found success in the sitcom Oh Sit!, which she also wrote, and Kirstie, a vehicle for Cheers legend Kirstie Alley. A mother of twins, she has created her own Facebook Watch series, New Mom, Who Dis? in which she records the thrills and challenges of new parenthood.

Cruickshank’s infectious, relatable personality and sense of humour — one magazine proclaimed her “the funniest woman on TV today. Period.” — have helped her when interviewing some of the biggest names in showbusiness, including Bill Gates, Jamie Foxx, The Backstreet Boys, and Zac Efron. Her skill with improvised humour comes from her time spent as the sole female member of her school’s comedy improv group, whose membership at the time included actor and comedian Seth Rogen. Equally comfortable behind the scenes, she has also worked as a producer for the Oprah Winfrey Network.

Keen to give back whenever possible, Cruickshank has long been an ambassador for Free the Children, an international charity working to empower youth through education and socially-conscious living. She has hosted countless events for the charity and regularly delivers keynote speeches across the United States and Canada on the subject of self-improvement. 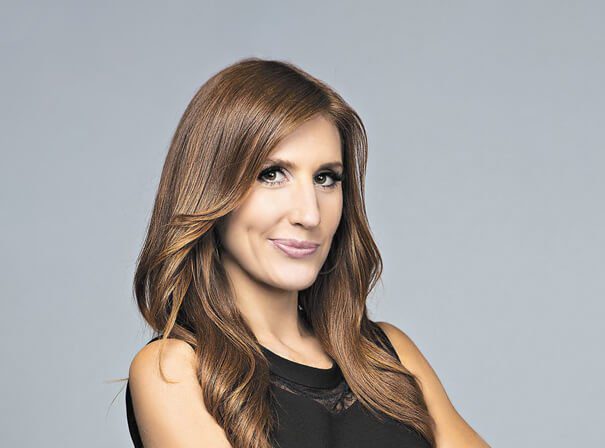