Jill Heinerth is a pioneering filmmaker, who has undertaken a range of adventurous projects, and included these within her work. Cave diving, underwater exploration, and various ambitious photography projects have played a role in her material, while Heinerth is also an accomplished writer as well.

Having worked on TV series for PBS, the National Geographic Channel and the BBC, Heinerth has established herself as a unique and highly regarded voice in television. Considering her ability in underwater manoeuvres, Heinerth has also been hired by iconic director James Cameron as a consultant, while her writing ability has allowed her to pen several books.

Heinerth herself cites Jacques Cousteau as being a major influence on her career, but she originally worked as a graphic designer. But her interest in underwater exploration was always clear, as she also taught scuba in Lake Huron’s port of Tobermory on a part-time basis.

This eventually inspired her to move to the Cayman Islands on a permanent basis, where she came into contact with several filmmakers, and was also part of the team that made the first 3D map of an underwater cave. By now, Heinerth was regarded as a major expert in the field, and a further participation in several underwater explorations cemented this reputation.

In 2015, Heinerth participated in exploring the numerous anchialine caves of Christmas Island, and her role as a unique figure in the media and the arts continues unabated. 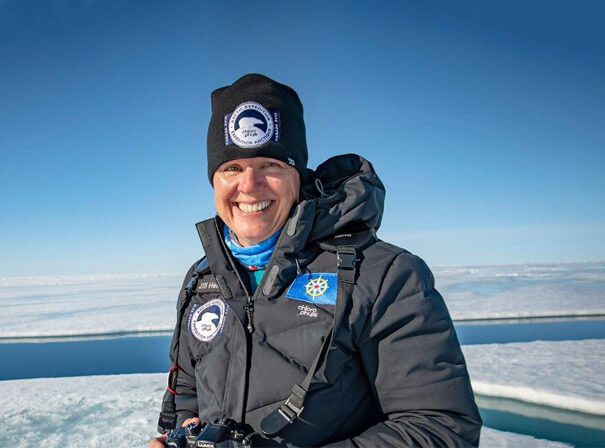