Chinese figure skater Jin Boyang is a World Championships and Asian Winter Games medallist and a Four Continents Championships title-winner. A five-time Chinese Champion, Jin has been ranked in the Top 10 of the men’s singles world standings for three consecutive seasons, and holds a number of records and firsts. Amongst other achievements, he is the first skater in international competition to have landed six quadruple jumps, the first to have landed a quad lutz-triple toe loop, and the first to have landed four quad jumps in a single free skate.

Jin previously enjoyed a glittering junior career, including Junior Grand Prix wins in Estonia, France, Japan, Latvia and Slovenia, and at the 2013 Final in Fukuoka. Besides these, he claimed a junior gold at the Asian Open Figure Skating Trophy, and landed silver at the Junior Worlds. Back at home, Jin claimed his first Chinese Championships gold medal in 2014, and has since returned to claim the national title a further four times.

In the 2015-16 season, Jin made his senior international debut, and stunned the skating world with a string of impressive achievements. He took two silver medals on the Grand Prix circuit at the Cup of China and the NHK Trophy, took another silver at the top-level Four Continents Championships, and claimed bronze at the World Championships in Boston. The following year he would repeat his performances at the Cup of China and at the Worlds, and would add an Asian Winter Games medal to his tally with a silver-winning performance. In the years since, Jin has continued to shine, taking his first gold at the Four Continents in Taipei, finishing fourth at the 2018 Winter Olympics in South Korea, and taking his first senior Grand Prix victory at the Cup of China the following year. 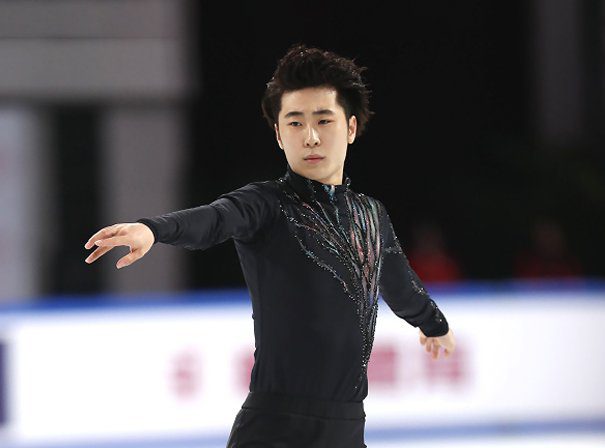