Jonathon Campbell is a retired American soccer player who played in defence. He has many fans with 10.8k followers on Instagram and a growing online influence. He was born in 1993 in Greensboro, North Carolina to parents Bill and Becky Campbell. He went to Greensboro Day School where his ability was soon noticed and he was ‘Gatorade State Player of the Year’ while still at school. Campbell moved to study Business Administration at the University of North Carolina. He became a star of college soccer playing for the ‘North Carolina Tar Heels’. He has also played for ‘Carolina Dynamo’ and the ‘Seattle Sounders’ FC U-23.
Among many other awards he won he had the distinction in 2015 of finishing with NSCAA First Team All American and First Team All ACC Honors. After finishing university Campbell was drafted in the 2016 MLS SuperDraft by Chicago Fire.

In 2016 he made his professional debut playing against New York City FC. He was later released by Chicago at the end of the 2018 season and it was announced that he was moving from Chicago to Seattle in a trade from Chicago Fire to Seattle Sounders in exchange for a fourth-round pick in the 2020 “MLS SuperDraft”. The centre back had made 72 appearances for the Fire since he was drafted in 2016. In May 2020 it was announced that Campbell was retiring from professional soccer. Aside from playing soccer Campbell is an MBA student, an ACE Certified Fitness Instructor and has worked as a Brand Ambassador for many brands. 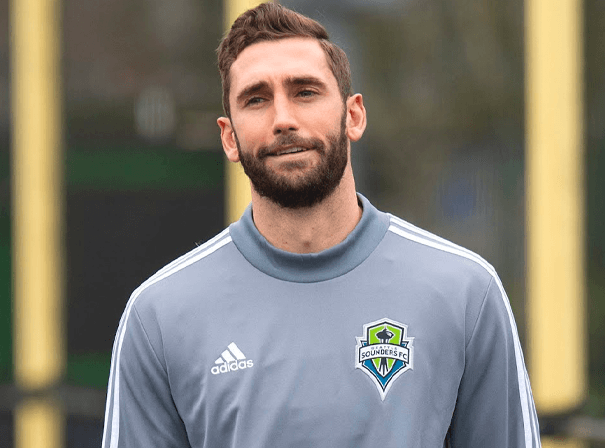