Josh Pauls is a key member of the US National Sled Hockey team that has dominated competitions, most notably the Winter Paralympics for over 12 years. With the team, Pauls has won gold at every Games since 2010, not to mention five World Championship titles (most recently in 2021) and two World runner-up medals. He proudly captained the team at the 2018 and 2022 Paralympics and has also earned the unusual nickname “Spuds” for his equally unusual pre-game tradition of facing a Mr Potatohead toy towards opponents’ locker rooms before the start of every match.

Pauls was born in New Jersey on New Year’s Eve 1992. He was born without a tibia in either leg and as a result, both of his legs were amputated when he was a baby. However, he grew up sports mad and harboured ambitions as a child to become the first NHL goalie without legs. Aged nine, he joined a junior sled hockey team in New York, and aged 16, he became the youngest member of the national sled hockey team that competed at the 2010 Winter Paralympics in Vancouver. The team won gold, beating Japan in the final.

During the 2010s, and into the 2020s, Pauls has been a bedrock of the all-conquering national team. He may not have achieved his NHL dream, but how many NHL players can say that they have captained the national team to multiple victories at one of the world’s biggest sporting events? 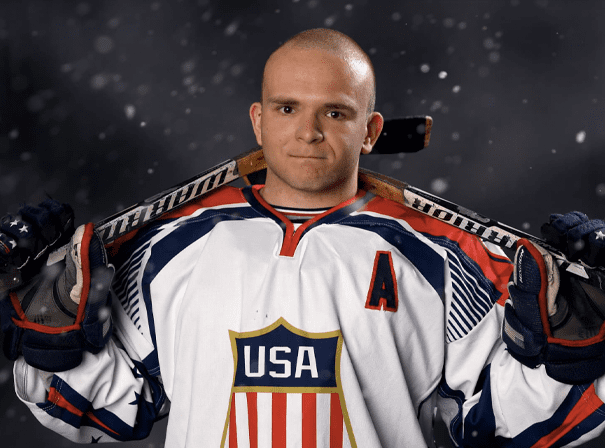