Japanese competitive table tennis player Jun Mizutani is one of Japan’s brightest table tennis athletes. A left-handed player, he is known for using a shakehand attack playing style. He broke the record as the youngest Japanese national champion at just seventeen years old. Mizutani held an incredible winning streak at the national championships from 2007 to 2011, becoming the first man to win the singles titles five times in a row. His earliest victory was at the 2003 Asian Youth Championship where he was a Cadet Boys’ Singles Winner. Since then, he’s won seven ITTF World Tour titles and two ITTF World Tour Grand Final titles in various singles and doubles events. Some of his other victories include the 2009 Korea Open, the 2014 and 2016 Japan National Table Tennis Championships and the 2017 All Japan Championships in events like the Men’s Singles and Men’s Doubles. After defeating Vladimir Samsonov for the bronze medal at the 2016 Summer Olympics in Rio de Janeiro, Mizutani finally earned his first singles medal in the three main international tournaments; it was also the first Olympics table tennis singles medal his country took home. As of March 2020, he is ranked the 15th best player in the world by the International Table Tennis Federation with a cumulative 9,270 points. Securing his place at the 2020 Summer Olympics in Tokyo, we will be sure to see Mizutani compete amongst the ranks of his fellow Japanese competitors and against fellow world competitors. 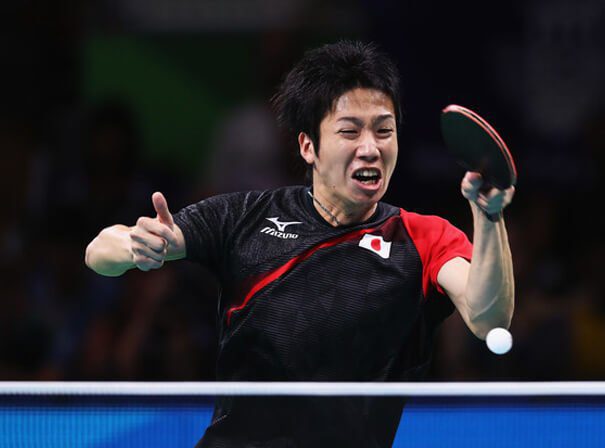