Rickett’s astounding softball career started when she attended the University of Oklahoma, where she was the starting pitcher from 2010 to 2013. Her freshman year, she broke the record for strikeout ratio. Sophomore year she broke her previous record and additionally set the school strikeouts record. As a junior, Rickett pitched a Triple Crown and was named 2012 Big 12 Player of The Year. She was also recognized with the Honda Sports Award for softball, and chosen as the USA Softball Collegiate Player of the Year. During her final season, Ricketts acquired her fourth First Team all-conference and third First-Team and fourth overall All-American honors. She also received the Big 12 Pitcher of The Year award and her second USA Softball Collegiate Player of the Year and Honda Sports Award, in addition to the Honda Cup Award. She threw six no-hitters and claimed a near perfect season. She holds the school record in wins, strikeouts, shutouts, and strikeout ratio.

For the USSSA Pride, Rickett has maintained an extraordinary career, with a career total of 41 wins to 24 losses. In 2018, she maintained an ERA of 0.00 after a demanding 41 inning total. Her career ERA stands at an impressive 2.10. She keeps her 50 thousand plus fans updated across social media platforms. 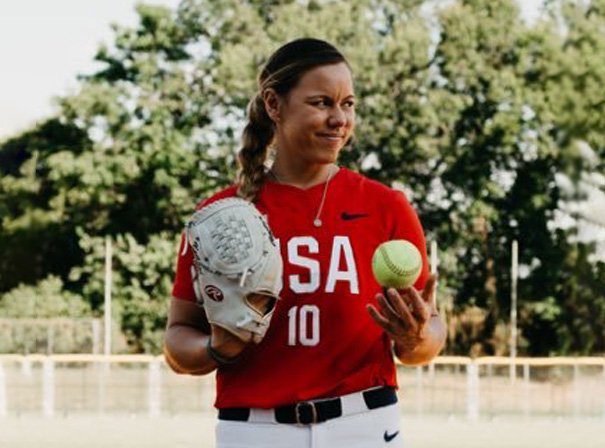