Self-esteem expert Kelly Falardeau is a burn survivor who has overcome adversity to inspire audiences around the world as a motivational speaker.

As a burns survivor who at the age of two was left with burns on 75% of her body, Falardeau has struggled with negativity and rejection throughout her life. Despite this, she has gone on to become a five-time bestselling author. Her critically acclaimed self-esteem and motivational books include 7 Ways To Embrace The Real You, No Risk No Rewards and Self Esteem Doesn’t Come In a Bottle. An inspiring keynote speaker, Falardeau is sought-after by companies and groups, sharing her story of rejection, resilience and risk to audiences around the world and motivating others to learn how to transform a bad situation into an amazing one. Falardeau has also dedicated her life to helping others and is heavily involved with burn camps across the US, offering burns victims a place to socialise and share their experiences.

A well-known and esteemed campaigner, Falardeau has appeared on popular media in both Canada, the US, Mexico, Africa and Taiwan. She has also been featured in articles for publications including Mom Magazine and Edmonton Woman Magazine. Of her many accolades, Falardeau at the age of 21 was nominated as President of the Alberta Burn Rehabilitation Society. She was later selected to present her business on Dragons’ Den and competed in the Every Woman model search. Her other prestigious awards include Fierce Woman of the Year, Top 10 Most Powerful and Influential Speakers, YWCA Woman of Distinction and the Queen Elizabeth II Diamond Jubilee Medal. 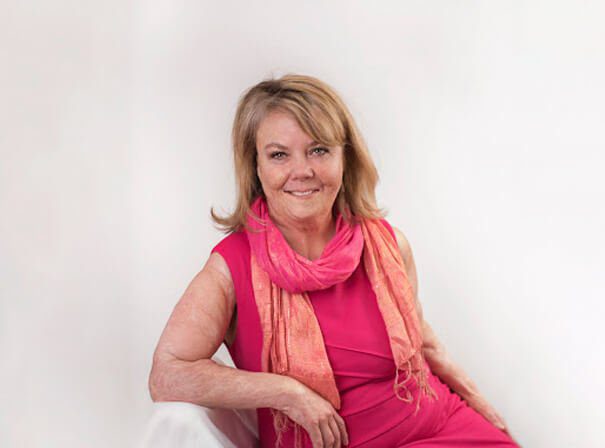