With over two decades of experience leading some of the world’s most pioneering tech companies, Kevin Eyres is well-placed to understand the role of leadership in twenty-first century businesses and what it takes to create rapid and sustainable growth. He is the former and first Managing Director Europe at LinkedIn, and has served in leadership positions in companies including AltaVista, Shopping.com and SideStep.

Eyres began his tech career as an Engineer Manager at Compaq Computer, before taking on the role of Director of Engineering at early price comparison service Shopping.com. Moving to London, Eyres had senior managerial roles at AltaVista, medical company DDAT, and travel search engine SideStep (now Kayak). Eyres was then appointed LinkedIn’s first employee outside Europe. As the first Managing Director Europe, he was responsible for delivering the company’s strategy and growth across the continent during its crucial early years. Positions since this have included CEO of in/Pact, and co-founder of angel investment firm Bray Ventures.
Eyres has served as an Advisor for Tech City, at UK Trade & Investment, on the board of directors of and as lead trustee of CDP Apps for Good, and as a board member of KIPP Bay Area Schools. He is a board member of Essentia Analytics, an advisory board member of Hot Topics, and an advisor to CodeNow.org.

Now a coach and keynote speaker, Eyres has become a sought-after expert in subjects including hyper-growth, management, and business development. He has spoken at 10 Downing Street, the White House and TEDx London, and was featured in The Wired 100 list of people shaping the UK’s digital landscape. He is the author of Step Up: Navigating Hyper-Growth’s Unfamiliar Terrain. 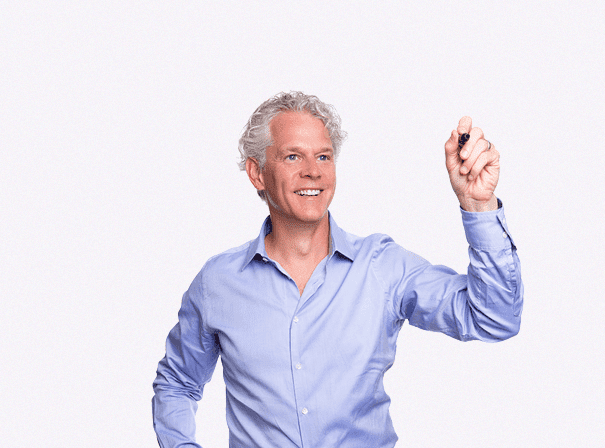