Kris Akabusi MBE is one of the most beloved British sports stars of his era and his reputation as a true gentleman of the sport has continued even after hanging up his running shoes. Akabusi rose to fame as a sprint and hurdling athlete for team GB. His first major success on the international stage came in the 4 x 400 metres relay event, where he played a crucial role in the team taking home a silver medal at the 1984 Olympics.

He progressed as an individual athlete from the ‘80s onwards and won a bronze medal at the 1989 IAAF World Cup. Akabusi’s gold medal-winning time set at the 1990 European Championships remains a British record, a success that was soon followed by another gold won at the 1990 Commonwealth Games.

Akabusi’s career reached its peak over the following two years, as he won the bronze medal in the hurdles at the 1991 World Championships and another gold in the 4 X 400 metre relay before taking the bronze medal at the 1992 Olympics. Since retiring from sport, he is often seen on television and has appeared on shows such as Bigheads, Never Mind The Buzzcocks and A League of Their Own. He also works as an inspirational speaker, motivating others with his boundless energy and determination to succeed. 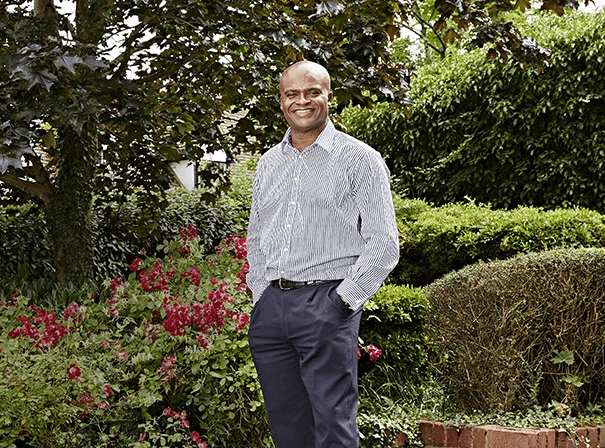