Lacey Sculls is a musician and media personality who rose to fame recurring on Vh1’s most successful program of its time: Rock of Love with Bret Michaels. This show once beat out the Emmy Awards in ratings, and its success led to a subsequent spinoff series, Rock of Love: Charm School with Sharon Osbourne.

As for acting, Sculls has done many commercials over the years before landing Rock of Love. She’s also been seen in the movie Room 37: The Mysterious Death of Johnny Thunders, as well as the music video “You’re Insane,” by the hard rock band, Escape the Fate, which has garnered upwards of five million views.

Still, Sculls doesn’t just act in music videos: she’s a musician, herself. First, she was the frontwoman of the band, Nocturne, with whom she toured nationally, often with other hard-rock bands like Bile, Dope, King Diamond, and Mushroom Head. And she’s been in association with other acts as well; in 2010, Sculls joined the band, Lord of Acid, on their national tour as their main vocalist, selling out nearly every night. Additionally, she’s toured with Pigface twice as a featured vocalist, given her vocals were on one of their albums, and she also made an appearance in their video documentary, Free For All. Now, Sculls works as a solo artist and has since released her debut album, HALO. Her song, “This Thing Called Love,” was featured on the soundtrack for Reservation Road.

Outside of singing and acting, Sculls runs, directs, and produces her own podcast: Talk of Love with Lacey Sculls. Unrelated to entertainment, Sculls is a prominent animal activist who founded the dog rescue organization, Heroes K9 Rescue. 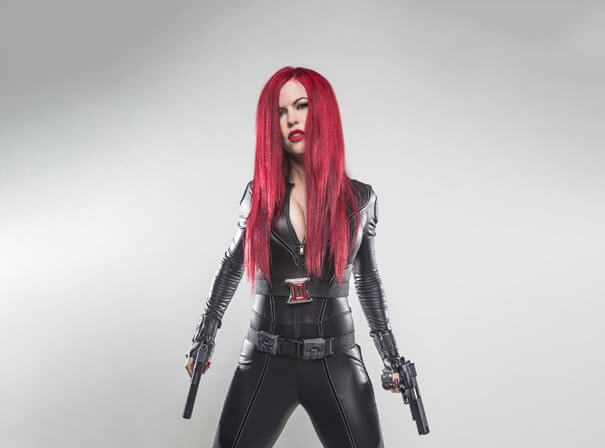