Korean table tennis player Lee Sangsu is a two-time World Tour singles champion, a World Tour men’s doubles champion, and a mixed doubles Asian champion. Lee is a right-handed player, who employs an attacking style and a shakehand grip, and boasts a career win rate around 66%. He has spent five consecutive years ranked in the Top 25 globally according to the International Table Tennis Federation, peaking at the position of world No. 6.

At the World Table Tennis Championships, Lee has medalled in all events for which he is eligible. Here he has secured a silver in the mixed doubles, bronze in the men’s singles, and two bronzes each in the men’s team and men’s doubles events. At the Asian Table Tennis Championships, he took a mixed doubles title at the 2013 event in Busan alongside Park Youngsook, and has since taken further medals in the men’s team, mixed doubles and men’s doubles events. Meanwhile, at the Asian Cup, he took the men’s singles bronze at the 2017 tournament in Ahmedabad, and repeated the performance the following year in Yokohama. Lee made his Olympic debut in Rio de Janeiro in 2016, where he reached the third round of the men’s singles competition and advanced to the semi-finals of the team event with his South Korean teammates. 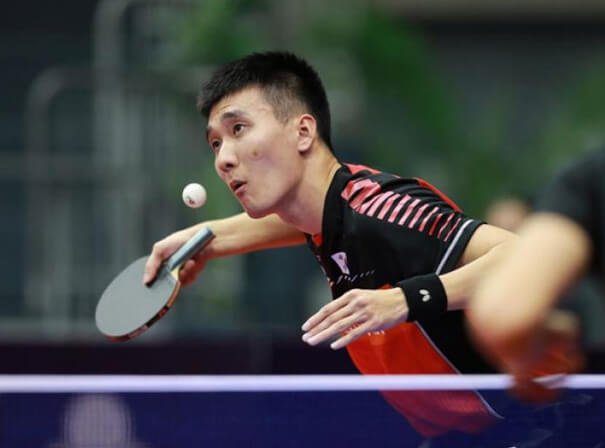