Leila Rahimi is an American sports journalist and broadcaster from Denton, Texas. She is mostly known for her reporting with NBC Sports Chicago and side-line reporting.

After high school, Rahimi interned with Dallas Mavericks announcers Wally Lynn and Mike Fisher. In 2002, she graduated from the University of North Texas with a degree in journalism. After this, from 2001 to 2005, she worked as an anchor and reporter with KTCK-AM Sports Radio in Dallas. In 2006, she was given the opportunity to work as a sports anchor and reporter with CBS-affiliate KXII-TV. During this time, she held various positions at Fox Sports Southwest in Dallas from 2001 to 2011. In 2007, she accepted a position with NBC-affiliate KXAN-TV. In 2012, she took a leap of faith and moved to San Diego to work for Fox Sports San Diego where she served as the field reporter for the San Diego Padres and produced a weekly program. However, unable to keep away from the Texan charm and game, she then returned to Texas, working at Comcast SportsNet Houston as an anchor and reporter for the Houston Astros and the Houston Rockets; while in Houston, she was nominated for several Emmy awards for her broadcasts. In 2014 and 2015, Rahimi worked with the MLB Network while in Philadelphia and was an anchor and reporter for Comcast SportsNet Philadelphia. In 2015, she was hired as the anchor for NBC Sports Chicago, where she, as of the 2019-20 season, serves as the sideline reporter for Chicago Bulls broadcasts and hosted White Sox pre-game and post-game shows.

Her career spanning nearly two decades shows her dedication to the game and her background shows she is incredibly competent at what she does. With such an impressive background and well respected opinion, she is paving the way for women in sport. 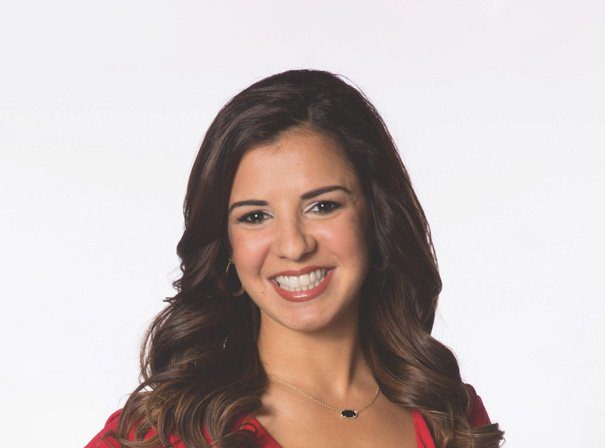