LeRoy Butler is a former professional Football player who spent all 11 years of his career at NFL club the Green Bay Packers.

Butler grew up in Florida, and as a child suffered from several physical problems which meant he had to use leg braces and sometimes a wheelchair. Despite this, he payed football for his school, representing Robert E Lee High School and later the state of Florida. He then attended Florida State University, training with head coach Bobby Bowden and becoming well known for his trick plays and fake punts. In 1990 Butler was selected in the NFL Draft by the Green Bay Packers, going on to play in nearly 200 games for the team and winning the Super Bowl with the club in 1996. He was chosen as part of the Pro Bowl four times during his time with the team, as well as being named as part of the 1990’s All Decade Team and being selected as an All Pro four times too. His illustrious career was only cut short due to a broken shoulder blade which failed to heal properly following an injury during a game.

Since leaving the football field in 2002, Butler has been named as a finalist for the Pro Football Hall of Fame twice, and has started a number of his own initiatives including Butler vs Bullying, and Leap into Home Cooking with LeRoy Butler. This well loved player has earned his place in the sporting history books and is now a legend among fans. 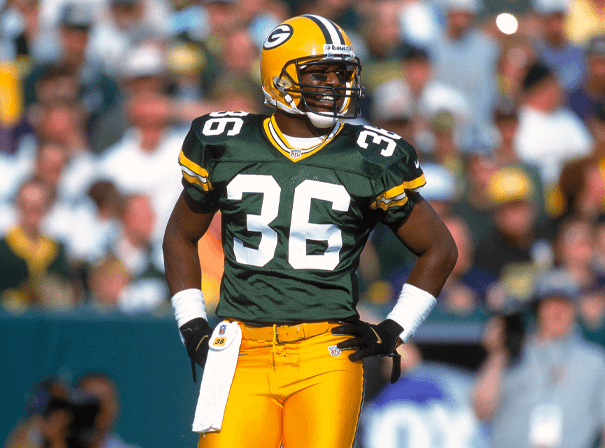