Canada’s Mac Marcoux is a Canadian para-alpine skier who has been a major presence in his chosen sport since winning three World Cup titles aged just 15. Since then, he has won five Paralympic medals, including two gold, and eight World Championship medals, including five gold and one silver all taken at the 2017 World Championships in Tarvisio. His most recent major success was a silver medal in the downhill visually impaired tournament at the 2022 Winter Paralympics in Beijing.

Marcoux is classified as a B3 visually impaired skier. He was born in Ontario in June 1997 and had full vision until the age of nine when he developed Stargardt Disease, an incurable degenerative condition that left him legally blind within a year. Always an active child (he began skiing at the age of four and was also a keen BMX rider and go-kart racer), Marcoux wasn’t going to give up his beloved sports — and his brother Billy Joe wasn’t going to let him either. The latter dropped out of college to help his brother with his skiing, becoming his sighted guide. Inspired by the success of Canadian legend Brian McKeever and his sibling guide, the pair embarked on a new kind of skiing: para-alpine, with Billy Joe guiding Mac by radio.

Marcoux won his first major medal at the 2013 World Championships, taking silver in the Giant Slalom tournament. The following year, he triumphed at the Winter Paralympics in Sochi, Russia, taking gold in the giant slalom and bronze in the Super-G and Downhill. He has taken a gold medal home from every subsequent Winter Paralympics, and he still has time for at least two more ames. 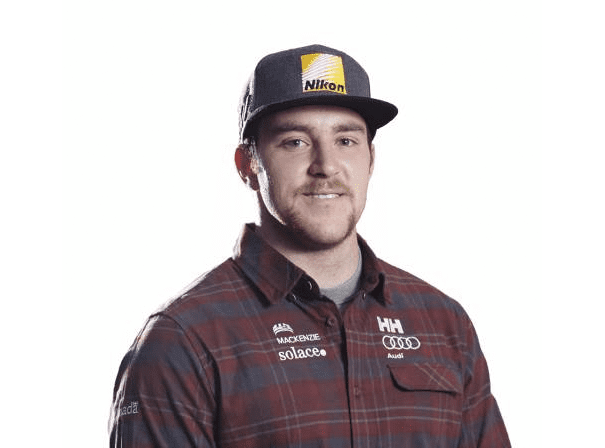