Italian Mario Sanzullo began swimming when he was only four years old. At the age of 16, he took began swimming in the sea as a fun alternative to training in a pool. He loved it so much that he switched to competing as an open water swimmer. It’s a switch that has seen him become a silver medallist at the World Aquatics Championships and qualify to represent Italy at the Tokyo Olympics.

Sazullo’s first international swimming competition was the 2011 European Junior Open Water Championships. He took home a silver medal for his part in the 5km mixed open water event. In 2012, he competed at a senior level for the first time, at the European Open Water Championships. His dedication to his chosen sport was such that, in 2015, he relocated to Rome to train with professional coach Emanuele Sacchi. That same year, he won his first senior medal, a bronze, in the 10km open water marathon at the University World Games, an event second only to the Olympics in its size and scope. Two weeks later, he participated in his first World Aquatics Championships, finishing just seconds behind the winner in the 5km open water marathon. In 2017, he returned to the same event and came second, missing out on gold by less than a second. 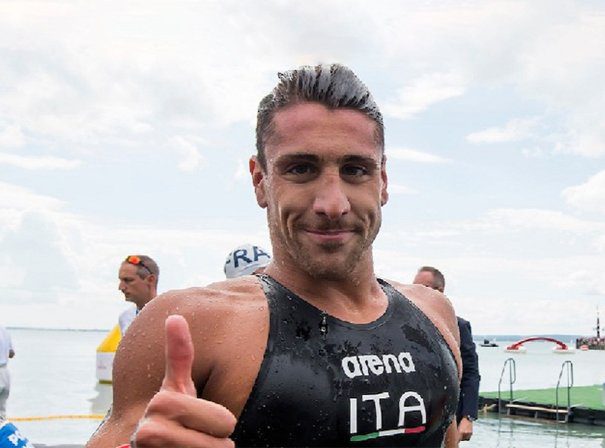