Mason Schreck is a reserve tight end for the Cincinnati Bengals of the National Football League and a special teams contributor. He was a member of the Buffalo Bulls during his college football career at The University of Buffalo. The Cincinnati Bengals selected Schreck in the seventh round of the 2017 NFL Draft and signed him to a four-year, multi-million dollar contract.

In 2012, Schreck signed a letter of intent to play tight end for Buffalo, where he was recruited by Jeff Quinn. He set a school record for tight ends with 651 receiving yards as a redshirt senior in 2016 and was chosen to the All-Mid-American Conference Second Team. Schreck began his career in late 2018, however, due to a major knee injury, he was only able to play in six games before being placed on the reserve list. Fortunately, he recovered swiftly from his injuries, moving from the practice squad to the active roster in less than a year. During the 2019 NFL season, he had several appearances in games. On December 1st, he played 22 snaps against the New York Jets and one snap two weeks later against the New England Patriots.

Schreck appeared in 14 games during the 2020 NFL season, taking 30 offensive snaps and 150 special teams snaps. The Bengals waived Schreck in 2021, but he was re-signed to the practice squad the next day. Schreck is active on social media, with over 8,000 Instagram and Twitter friends and followers. 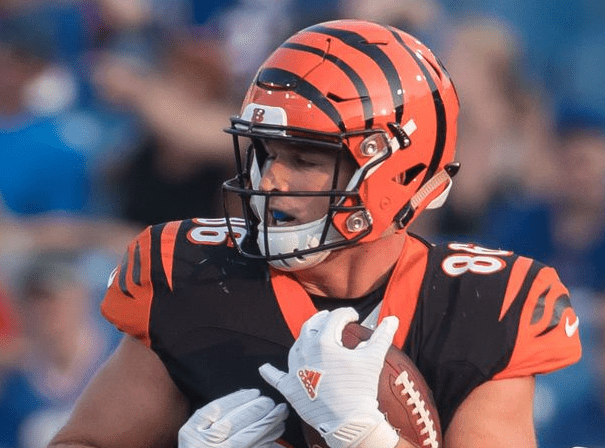