Young Brazilian racing driver Matheus Leist is a former British Formula 3 champion who is currently racing for JDC-Miller Motorsports in the WeatherTech SportsCar Championship, which stages events in the United States and Canada. In a busy career, Leist has competed around the world, starting in Brazilian Formula 3, moving through the British F4 and F3, Indian MRF Challenge, and American IndyCar Series.

Leist was born in 1998 in Novo Hamburgo, Brazil. At the age of 11, he took up go-karting and was soon competing in local championships. Aged 15, he finished runner-up in the Petrobras Karting Championship. The following year, he joined British team Hitech Racing and began racing in the Brazilian Formula 3 Championship, competing in its B Class. He enjoyed a successful first season, competing in 16 races, winning two, making the podium on seven further occasions, and finishing overall runner-up. 2015 saw him move to Britain and sign with Kimi Raikkonen’s Double R Racing team. He competed in that year’s MSA Formula Championship, winning two and finishing fifth overall. The following year, he competed in the British Formula 3 Championship. He won four races, twice from pole position, had a total of 11 podium finishes and ended the season as outright champion.

Seeking new challenges, Leist moved to America in 2017 and raced for another British team, Carlin, in the Indy Lights championship. The next year, he was signed by American team A.J. Foyt Enterprises and raced for two seasons in the IndyCar Series, which included two races in the iconic Indianapolis 500. 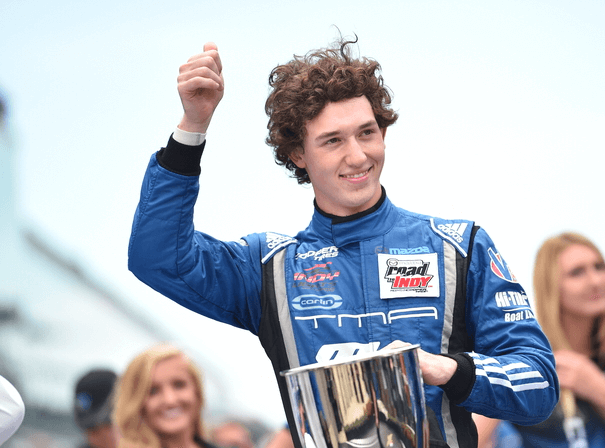