The young offensive lineman from Mississippi state, Matt Womack, has been grinding hard his entire career and is not set to slow down any time soon. Standing at 6-foot-7 and 322 pounds, Matt is a force to be reckoned with and he’s not afraid to use it on the field. He already showed a gift for football in high school at Magnolia Heights. The youngster was named All-State by the Mississippi Association of Independent Schools and the American Family Insurance All-State team in both 2013 and 2014. Scout.com ranked him as the second best tackle in Mississippi his senior year.

Choosing the University of Alabama over a slew of other college offers, Matt entered the halls of his new school as a three-star offensive lineman. He was redshirted his first year, and thus began playing with the Crimson Tide in 2016. During his Sophomore year the strongman was named both the SEC Offensive Lineman of the Week and the UA coaches offensive player of the week for his performance against the Fresno State Bulldogs. Following an impressive season Matt earned the starting right tackle spot.

The Junior was responsible for some impressive moves and many victories in 2018, especially in the team’s College Football Playoff title matchup against Georgia. He beautifully tossed three touchdowns, the final of which was a 41-yard game winner in overtime, ending in a tumultuous win for the Crimson Tide 26-23. Following his graduation in 2019, Matt has kept training hard, not letting a pandemic get in the way of his goals and determination. Training out of Total Athletic Performance, the offensive lineman posted some extremely impressive results at their Pro Day in 2020 including a 5.00 second 40-time, a 1.65 second 10-yard split and 26 reps of 225 pounds on the bench press. 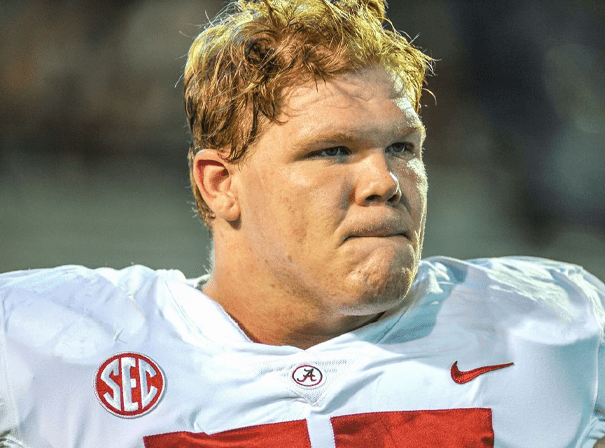