Swedish table tennis player Mattias Falck competed at the 2016 Olympic Games, and made it through to the final of the World Championships in 2019.

In a small village in the south of Sweden, Falck began playing table tennis when he was just seven years old. He is the only player to have ever won three gold medals in consecutive Swedish Junior Championships, and it was around the same time that he made his international breakthrough. He began to play matches at the World Junior competitions, with some of his early appearances being in Hungary, Venezuela and France. He was also a part of the training programme at the international table tennis academy in Köping, and began to join Pro Tours around the world as an Under 21 player. In 2016 he was part of the Swedish Olympic team, as well as competing in the European Table Tennis Championships where he won two medals, a silver in the mixed doubles and a bronze in the men’s doubles. Falck was part of the winning team at the Swedish National Team Championships in 2018, and in the same year took a bronze medal at the World Table Tennis Championship which was hosted in his home country.

Falck’s performance at the World Championships in Budapest in 2019 saw him win the silver medal, and he is now part of the Bremen team in the German league. 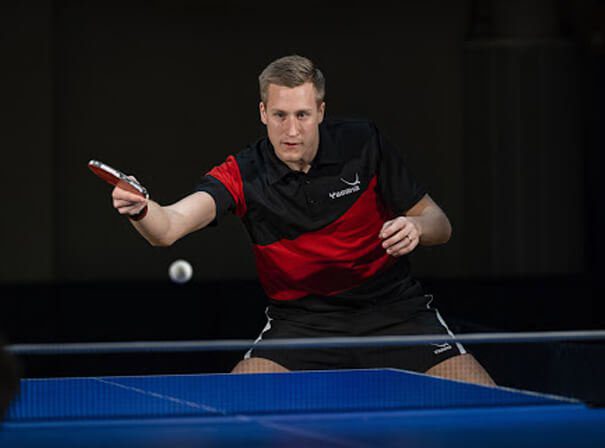