Maz Jobrani is an Iranian American comedian, actor, speaker, author, and podcast host who has appeared in numerous popular films and television shows. Jobrani played “Fawz” on the CBS comedy Superior Donuts and also starred in The Interpreter, Friday After Next, Dragonfly. He is perhaps best known as the title character in the award-winning indie comedy Jimmy Vestvood: Amerikan Hero.

He has appeared on the Netflix stand-up special Immigrant, which was filmed at the renowned Kennedy Center. He has enjoyed success in other cult shows like Grey’s Anatomy and Curb Your Enthusiasm.

He was a founding member of the televised Axis of Evil Comedy Tour and is a panelist on NPR’s popular show Wait Wait Don’t Tell Me. Jobrani is also known for his speaking credentials. A graduate of UC Berkeley, he gave the keynote speech to the graduating class of 2017 and has appeared in two TED Talks.

Jobrani has become an LA Times best-selling author with his book “I’m Not A Terrorist, But I Played One On TV,” and hosts a podcast called “Back to School with Maz Jobrani” with the All Things Comedy Network.

Jobrani currently sits on the Persian American Cancer Institute board and works tirelessly with the International Society for Children with Cancer. The Children’s Music Fund is a Los Angeles-based children’s music therapy charity that credited Jobrani for his tireless commitment and extraordinary contributions to the organization at its annual Healing Through Music Gala. The charity went on to designate him their Healing Angel for 2017 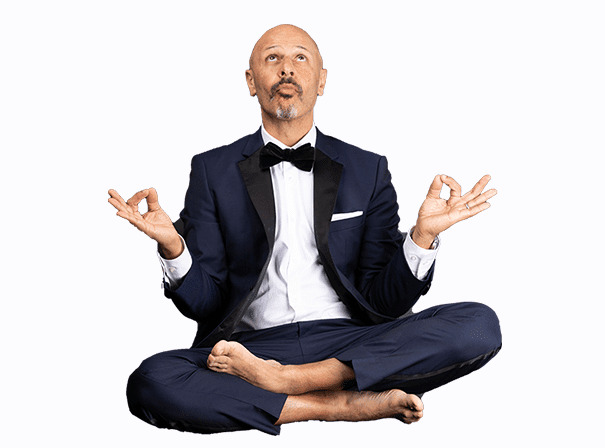