As one fifth of the best-selling girl band of all time, Mel B is one of the most widely recognised pop stars on the planet. It’s hard to imagine that the Spice Girls would have sold 80 million records and become such an influence on modern culture without the contribution of the feisty Melanie Brown, otherwise known by the nickname ‘Scary Spice’. Brown has also enjoyed a solo recording career, topping the UK charts with her debut single ‘I Want You Back’, while remaining constantly in-demand as a television presenter, putting in notable appearances as a judge on The X Factor and America’s Got Talent and co-presenting Dancing With the Stars in Australia and the UK’s version of Lip Sync Battle.

Brown found the opportunity of a lifetime when she answered an advert in The Stage and was successfully chosen for the Spice Girls line-up. The band’s debut single ‘Wannabe’ hit No 1 in 37 countries, sending the band on a meteoric rise to superstardom. When the group began an indefinite hiatus in 2000, Brown threw her larger-than-life personality and incredible ambition into a solo career. Her eagerly anticipated debut album, Hot, spawned three Top 10 hits for Brown, ‘Tell Me’, ‘Feels So Good’ and No 1 hit ‘I Want You Back’, co-written by Missy Elliott. Her second solo offering, L.A. State of Mind, followed on independent label Amber Café, before she scored another hit with dance track ‘For Once in My Life’ in 2013, reaching No 2 on the Billboard Hot Dance Club Songs Chart. Mel B has been a driving force behind the recent Spice Girl’s reunions and tours while her media career has gone from strength to strength. 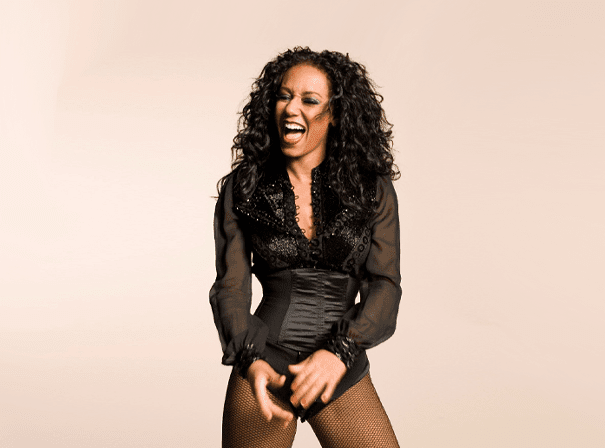